Sasumata in the Modern World.

It has been a while since I have posted a martial arts themed blog. I thought that it might be nice to have a change of pace from the recent discussions on camouflage and fieldcraft.


Recently I was watching some episodes of “Bleach” and “Highschool of the Dead”. By coincidence, sasumata appeared in both series. 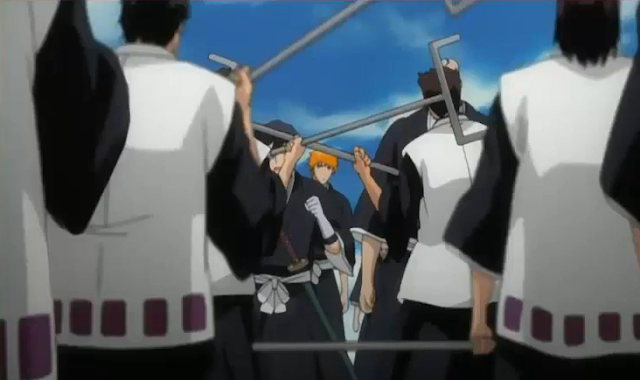 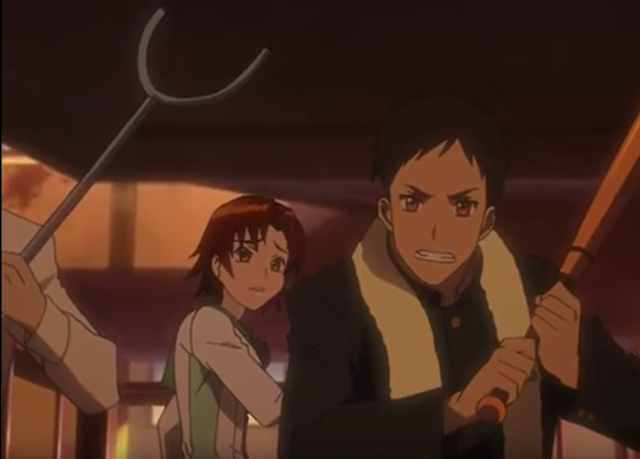 In Bleach, sentries in the Soul Society are often seen equipped with these. They are particularly obvious in some of the episodes involving the Kasumiōji clan. In Highschool of the Dead they are evident in the early episodes set on the school grounds.


I have written about sasumata elsewhere. They were one of the “three implements of arresting”. Below are some photographs of samurai equipped for police duties. 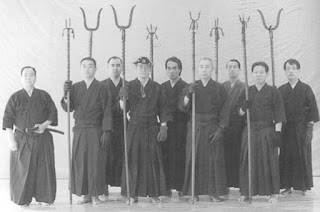 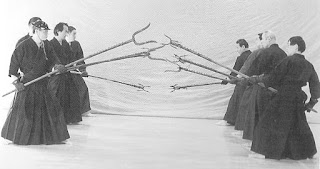 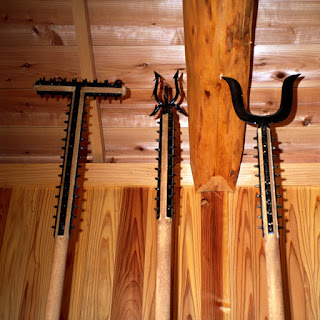 This next illustration is particularly interesting. Note that the “cops” wear headbands to prevent sweat getting in their eyes. This would also keep hair out of their eyes but I doubt that was a major problem with samurai hairstyles! The cross shapes across their backs represent cords used to prevent the loosely cut jacket sleeves hindering their actions. A sasumata can be seen top right. A sodegarami is bottom left and tsukubo menace the swordsman’s sides. Possibly the most interesting feature of this illustration is that ladders are being used to fence the swordsman in. Japanese firemen used ladders as high vantage points to track the progress of a fire. These ladders might be supported by sasumata-like poles. I believe each neighbourhood kept a number of ladders for firefighters to use. The policemen here have found another use for them. 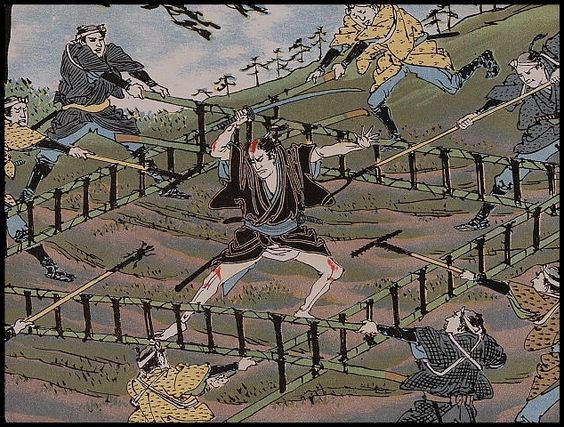 Japanese police still use the sasumata, as can be seen. Note the “T” shaped handle on one example. This could be used to help rotate the head or could be used to push or trip like a tsukubo.


Incidentally, I would suggest approaching a target with the head of the sasumata held at about shin level. This reduces the change of a foe trying to grab the head before you make your move. 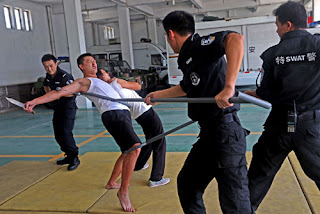 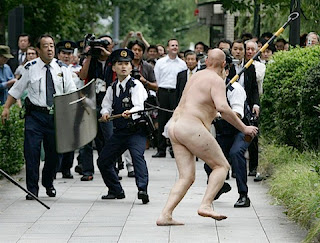 What I find most interesting about the modern sasumata is that they are not just issued to police. If a drunken, drugged or aggressive behavior occurs at a Japanese school the staff don’t just phone for the police and pray that they come in under twenty minutes. Japanese school staff have sasumata and other implements to deal with the threat. They hold drills and training sessions on how to use them too. This can be seen in the first episode of Highschool of the Dead, where a teacher carries a sasumata to confront the man behaving strangely at the school gates. 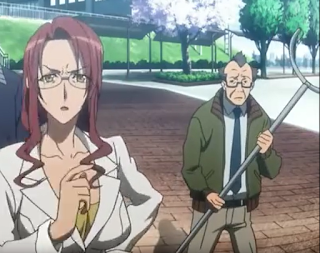 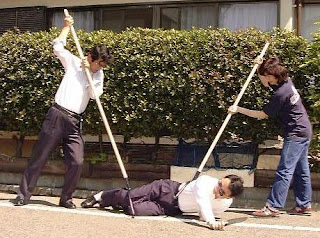 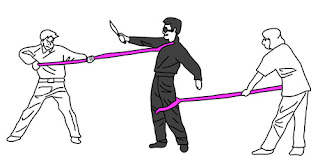 A radical idea that. Actually taking useful measures to protect children like they were valuable! 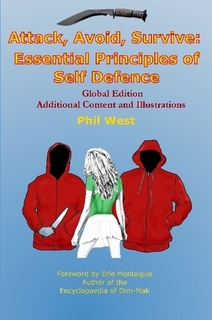 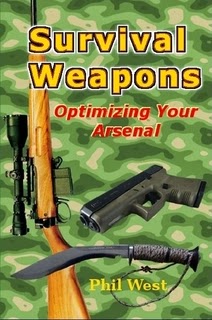 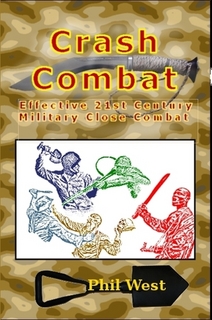